Beta Thalassaemia Major is a genetic blood disorder that causes blood cells red rapidly destroyed in 20-30 days so that the body is deprived of blood. Treatment can be done during this time is a lifetime of blood transfusions. Their conditions of denial of information mother about the child's condition, as was the condition of self is not a carrier of thalassemia trait, blaming the pair as a nature, thinking irrational that the child's illness is a punishment from God for their sins in the past, the child has no future again, resulting in the emergence of maternal behavior that may endanger the lives of children like too late to bring the child to transfusion. Research Purposes is to produce a group counseling program with Rational Emotive Behavior Therapy (REBT) approach in order to increasing acceptance of mothers of children with beta thalassemia major.

Research Design is one group pretest-posttest. Group counseling with REBT approach is done in 6 meetings. In the process, the mother will discuss issues with members of the group and counselors who help mothers to detect the irrational belief that appears, discriminating rational beliefs, and challenging that belief, to be replaced by a rational belief. The subject are mothers who have children with beta thalassemia major amounted to 2 people.

Vickers, Margaret H. (2006). Working and Caring for a Child with Chronic Illness- Disconnected and Doing it All. Palgrave-Macmillan. New York.
. 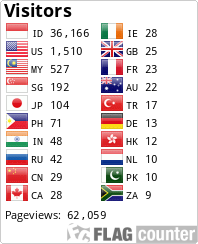